I have always known deep down that I had enormous potential somewhere inside me, and I could achieve great things. However, I did not know how to deal with it, and my mind was full of doubts, blocks, and limiting beliefs.

Despite the obstacles, I could barely see glimpses of hope, and most of the time I was drowning in an unhappy life. I was working in a factory at the time, and I felt as if I were in a cage. I exchanged my time for money by doing something that is in a way against my own values. I was involved in the production of plastics, which I don’t think is the best thing one can do for our planet.

At work, I often felt like a soulless robot, doing the same thing every day for 12 hours straight. I could hear my soul crying and saying “Enough!” It couldn’t go on like this. But at the time I didn’t see a way to change anything. So I continued to spend too much time doing nonsense and surviving.

Depression and Wings of Freedom

Ever since I was a teenager, I have felt as if people were like slaves who have to study to get a job. Get a job so they could afford to live and then just work until they basically die. When I realized that this was what my whole life would look like, I collapsed. I don’t want to live such a life. I will not live such a life. Nevertheless, I tried to suppress this feeling for many years, and I did what normal people do.

But then the feeling began to return to me on grey days and dark nights in the form of depression.

In the meantime, I painted my feelings onto the canvas, often under the influence of alcohol, which helped me to keep it all together. This is how a painting called Freedom was created, which was a vision of how I would like to live. And also the work Death in the Mirror, which was its opposite and depicted my feelings of helplessness and reflections on whether it makes any sense to live when one cannot do what was the reason for his coming to this world.

I have been a very closed person since childhood, and painting was the only way for me to express myself.

I was anxious about communicating with others. When I had something to say to more people, I froze, my mind stopped working completely, and I couldn’t find any words I could say. Over the years, I took a few small steps to get better, and then I finally realized that everything was caused only by my frightened ego and thoughts that I didn’t even have to listen to. And then overnight I started talking more and more. Unpleasant feelings still appear from time to time, but they no longer have such an effect on me.

Leap of Faith - Quitting the Job 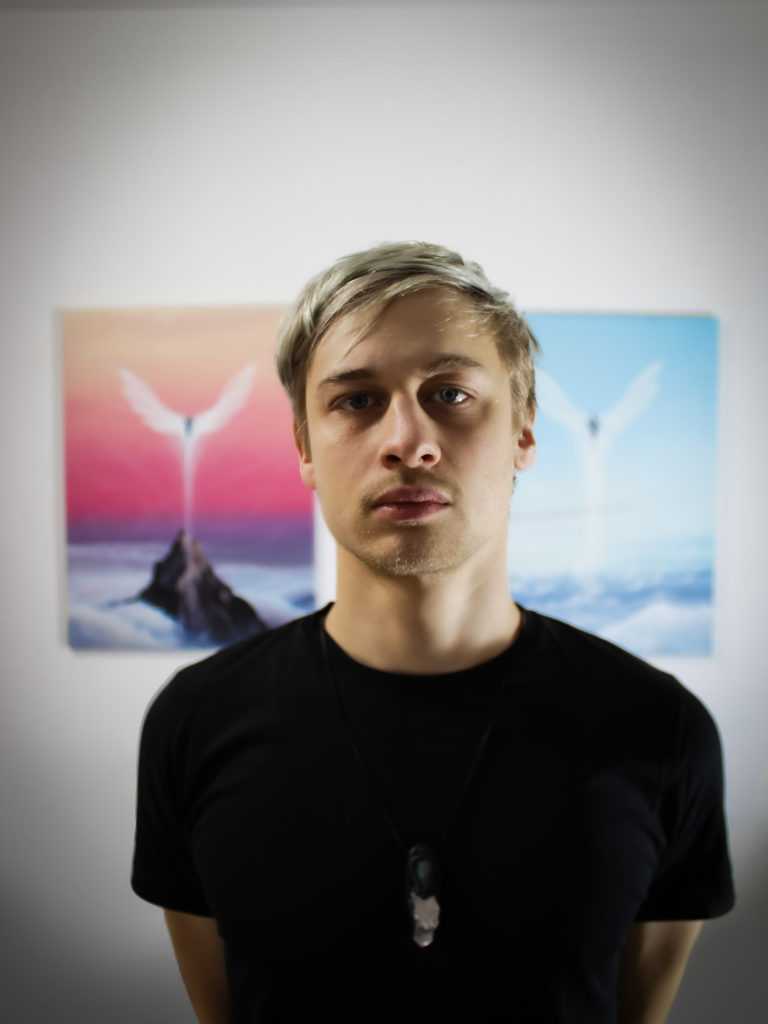 I knew one day it would come, and then it did. Despite great fear, I made a huge leap into the unknown and quit my job. I believed that intuition would show me the way, even though I didn’t know what I was getting myself into. Now I can see in retrospect that all the moments fit together beautifully. But I would never be able to do that if I didn’t change my way of thinking first.

Now I make a full living by making art, and creation is no longer the only way of authentic expression or escaping from reality. For me, creation is the embodiment of my personal vision.

I make paintings that have the potential to transform, heal and inspire people so that we can all grow together and build a better world.

I put into my works my thoughts and important realizations which I myself came across on my way through life. They contain answers to problems I encountered and subsequently overcame. Or messages that I feel I should share in some way.

It's time to grow together 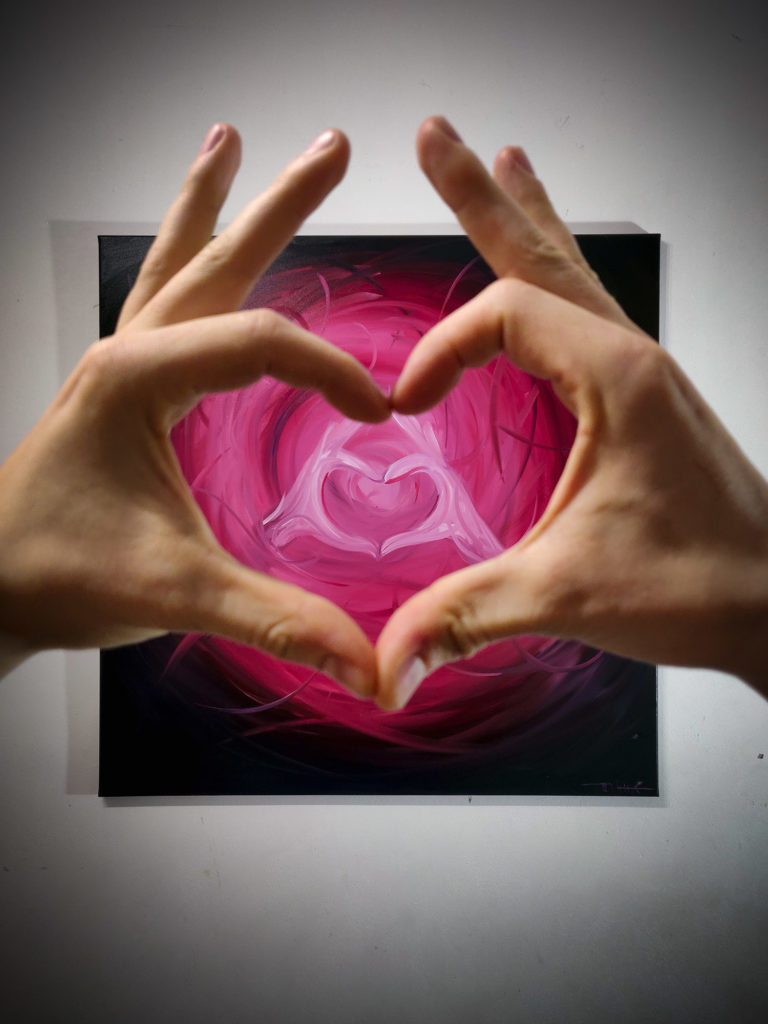 Thank you from the bottom of my heart for reading my story here.

I believe you did not come across my site by accident. You may feel the same way I do that it is time to grow together and create a world in which all of us will live well.

It’s time to open up to a new tomorrow and your highest potential. And that is exactly what my paintings help their owners with and can now help you as well.

Come now to see my portfolio, download my wallpapers for free or let an original painting support you on your journey through life directly by purchasing it.

You can also read about how exactly my paintings help others.