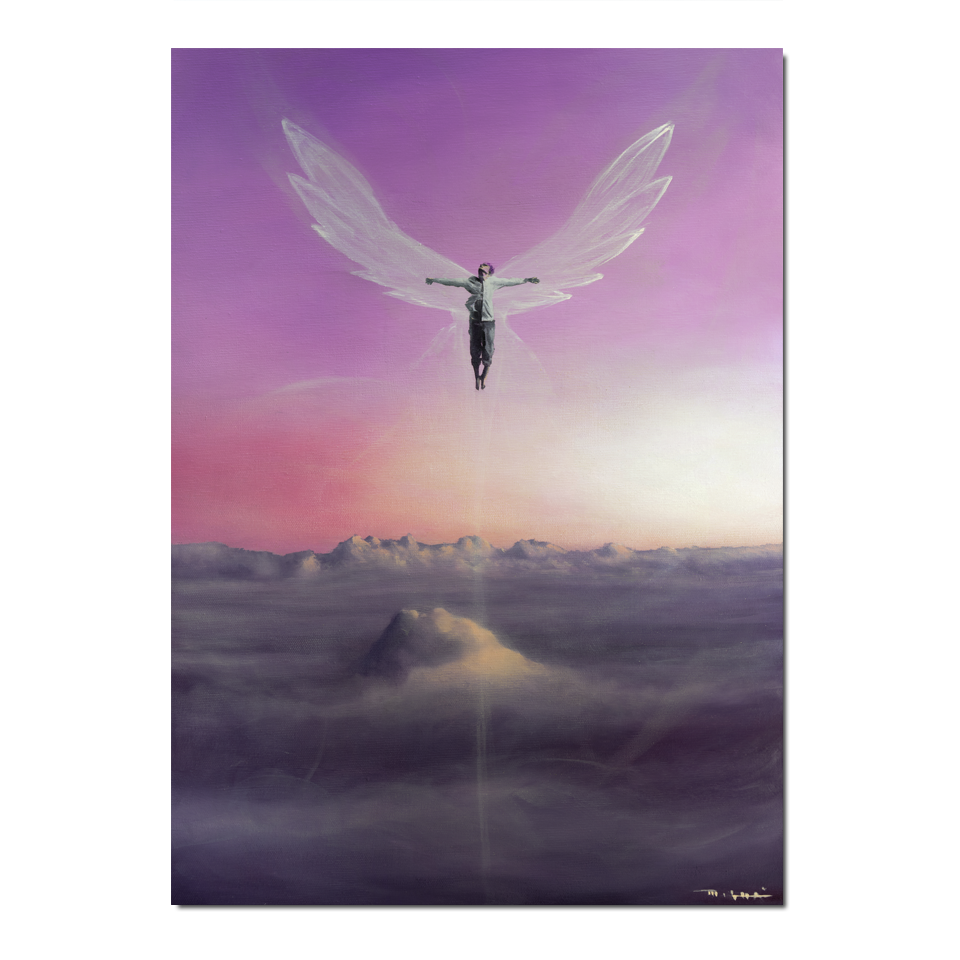 Printed on a matt photopaper HP 270 g/m2 on a high-end Hewlett-Packard 12-ink plotter. Sold without a frame.

Contact the author
You can find the original piece here

At the Art in Prague 2020 exhibition in Prague, Czech Republic, a painting called Freedom was exhibited, but it already had its owner. A few days after the opening, I was asked if it would be possible to paint a new one as a gift for someone inspired by the original. As I was painting Freedom 2, I got an idea that I could make a whole series of paintings with this theme. This is the sixth artwork of this series.

The original artwork called Freedom was merely a vision of a wonderful future in which I would not have to live my whole life just in pursuit of money. It arose in my youth when I realized that it seemed as if people were like slaves who have to study hard to get a job. Get a job so they could afford to live and then just work until they basically die. When I realized that this was what my whole life would look like, I collapsed. I don’t want to live such a life. I will not live such a life. Nevertheless, I tried to suppress this feeling for many years and I did what normal people do. But then the feeling began to return to me on grey days and dark nights in the form of depression. Deep down, I knew I hadn’t been born to live a life like this, but I still denied this truth. In the meantime, I painted my feelings onto the canvas, often under the influence of alcohol, which helped me to keep it all together. This is also how the original artwork was created, which was a vision of how I wanted to live. I thought money was evil and we had to work hard for it. I imagined a life without it. But then I began to learn that it didn’t have to be this way at all. I began to learn how the mind works. I began to learn that the mind can be reprogrammed to turn my whole life upside down.

Now I am beginning to live my life the way I want, the way it is depicted in the original work only because I was able to change myself. Now I’m doing well, the money has stopped avoiding me and real freedom is here. Now, these artworks are no longer just visions, they already represent reality. I can fly away and do what is the purpose of my life.

Find out more or adjust your settings.